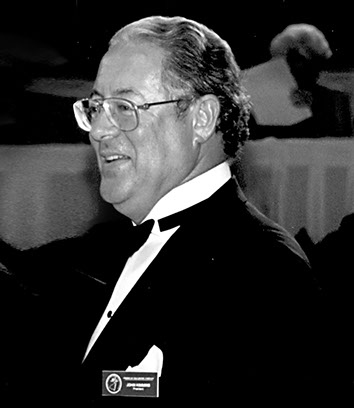 John Kimmins began the study of ballroom dance in 1961 at age 13 in the town of  Toowoomba, Australia where he grew up.  In 1966 he moved to Brisbane and in 1968 began his partnership with Carol Kimmins.  They became Queensland Champions that same year and also placed 2nd in the Australian and South Pacific Championships.

In 1970 the couple moved to England for further development and rapidly moved up the competitive ranks in the amateur field.  They won most of the major championships of the time including the Amateur Ballroom at the Open British and German Open in 1976.  They had also briefly returned to Australia and won the Australian Championship in 1975.

In 1976 John & Carol ended their partnership and John immigrated to the USA where he began a partnership with Beverly Kimmins.  They won several professional ballroom championships over the next couple of years including the Canadian Open and East Coast Championship.  John was also a licensee for Arthur Murray Dance Studios in Chicago at this time, from 1977-1982.

In 1983, no longer competing, John became Director of Dance Research & Development for Arthur Murray International and moved to Miami to take a position in their head office.

Since that time John has climbed in the ranks of the Arthur Murray Organization, becoming a member of the Board of Directors in 1997 and President in 2007, a position he currently holds.

John was also President of American Ballroom Company from 1992 – 2005.  This corporation organizes the US Championships, Open and Closed and during John’s tenure as President, it also hosted several World Championships.

John has served on the NDCA in several functions and remains at this time the Chairman of the Championship Committee and the Finance Committee.  He is also the President of the World Federation of Ballroom Dancers, a charitable trust and was Chairman of the Rules Committee for the World Dance Council from 1993-2004.