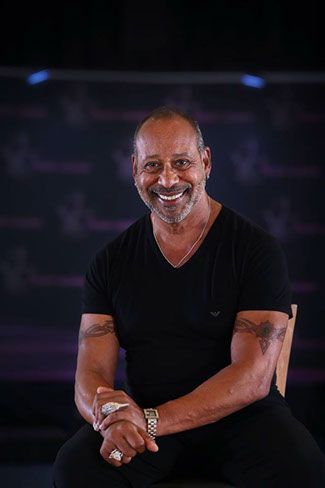 A Celebration of Legends

For 2022 The DBDC is thrilled to honor a true icon of American dancing, Mr. Rufus Dustin. Mr. Dustin began his dance career with ballet and his ballroom career in Boston at a Fred Astaire.  Dance Studio before moving to the New York area. In 1974 he won his first US National Title, dancing with Donna Van Camp – the American Style (at that time this was a combined Rhythm and Smooth event). They successfully defended their title the following year and also won the US National Theatre Arts Championship. In 1979 and 1980, now dancing with Marianne Nicole, Mr. Dustin again won the US National Theatre Arts Championship, they were also grand finalists in the US National Latin Championship in the early 1980’s and were North American Latin Champions.

Mr. Dustin returned to the dance floor with Sharon Savoy and the duo won two World

Exhibition Championships. Dustin and Sharon were original cast members of the Peter Maxwell Ballroom Theatre that toured the world.

Mr. Dustin retired from competition dancing at age 42 and moved to Miami where he lives until now. He is in great demand as a coach for all styles of competitive dance and is a frequent adjudicator at many of the USA’s most prominent championships.

We are proud to announce Mr. Rufus Dustin as our 2022 honoree at The DBDC.

Join us in celebrating the distinguished career of our next Lifetime Achievement Honoree with a formal dinner and presentation of the DBDC's 11th Annual Lifetime Achievement Award.  The Lifetime Achievement Award was established in 2010 to recognize individuals who have been exemplary in their dedication, professionalism and accomplishments within the ballroom industry.  They have upheld a standard of continued excellence throughout their career and continue to inspire and enrich those who share their passion for dance. Past honorees include Margaret Redmond (2010), Pat Traymore (2011), Peter Eggleton (2012) and Ken Sloan (2013), Sam Sodano (2014), John Kimmins (2015), Brian & Kristi McDonald (2016), Dennis Rogers (2017), Méryem Pearson (2018) and Lee & Linda Wakefield (2019).